Lamar Mapp has never been one to shy away from a challenge. It’s one of the traits that has made him incredibly successful in his recruiting career and has made him a strong leader at TERRA Staffing Group.

But staffing wasn’t where his story started.

For 13 years, Lamar was an Intelligence Analyst for the U.S. Army, working under extreme conditions.

So, when the moment came to transition to civilian life and he began looking for a job, Lamar didn’t necessarily think about a career in recruiting. His focus was to find a job that would push him out of his comfort zone.

And when he turned to TERRA for help finding the right fit, it was actually Seattle Staffing Manager Patty Stoddard who planted the recruiting seed in his mind and told him to consider a Recruiter role with TERRA’s Seattle team.

Since then, that seed has taken root and Lamar’s staffing career is thriving.

We asked Lamar to tell us about his journey to recruiting and the role his military experience has played in his TERRA success story.

Why did you decide to take the leap and leave the military for recruiting?

I’d spent over a decade of my life jumping out of airplanes, deploying to warzones, fighting – and being away from my family. I wanted something different.

When Patty told me that if I was game, I should apply for the Recruiter role, I did. I was game.

The military had given me a level of confidence in myself and a greater understanding of what I was capable of. And a level of fearlessness when it came to going into something new and challenging.

How would you say your military experience has helped you in recruiting?

Most veterans are used to working in extreme conditions and under immense pressure. It takes a lot of drive and determination to keep that up consistently. Fourteen-hour days are normal. I approach my career at TERRA with this same mentality. Lives aren’t on the line, but so much is. We have the power to change someone’s quality of life for the better, if we’re on our job like we should be. We have the power to help multi-million-dollar companies run efficiently and stimulate economies. To me, that puts this job in those “extreme conditions” and “immense pressure” categories.

Let’s be real. Transitioning to a new career is hard. What is a challenge you’ve faced at TERRA and how did you get through it?

In the military, things are black and white. Since joining TERRA, I’ve had to get better at analyzing more complex problems and handling all the variables that come with working with a human element. Luckily, ‘finding a way’ is something that’s engrained in every soldier; it also happens to be a TERRA core value.

So, while transitioning into a new career is hard, for sure, I think it’s a matter of building upon the skills you already have. Not just learning new ones.

Since joining TERRA, what accomplishments are you proudest of?

I’m proud of the progress I’ve made in advancing my role and increasing the level of responsibility that I’m entrusted with. Being trusted with leading future leaders and people that will continue to do great things in this company is humbling.

How has your life changed since joining the team?

Well, I make way more money than I ever have before; let’s start with what’s important, here. But on a serious note, I think it has more to do with mentality than anything.

While I value everything that I gained from service, including a deeper knowledge of the world and a better understanding of who I am and what I can do, at TERRA I can easily see the good that is being done. Helping people provide for their families, helping businesses operate efficiently and keeping our economy running.

The sense of pride and satisfaction I feel for the work I am doing here at TERRA is greater than it’s ever been anywhere else.

What is the best thing about recruiting here at TERRA?

It may sound cliché, but I’d have to bring it back to helping people.

Helping people find work. Helping businesses staff their workforce. Helping my branch. And helping the people that report to me and the people that I report to. It’s about service and being a resource to get things done. In this line of work, if you’re having trouble feeling useful, that means you’re doing it wrong. It feels really good to do it right.

What do you wish someone had told you when you were considering transitioning from the military to recruiting with TERRA? What would you tell someone considering the same move today?

I’d deployed to Afghanistan four times and thought there was nothing this work could throw at me that would challenge me. I’ve never been more wrong. Every day brings a new challenge.

I wish someone had told me that just because you can operate in a challenging environment, doesn’t mean that it will be easy. This is hard work. But I’d also tell them that the reward is so much sweeter.

If Lamar’s story resonates with you and you’re interested in a recruiting career with TERRA, we’d love to speak with you. 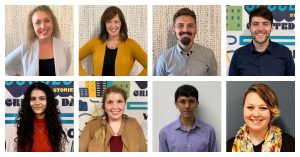 Congratulations to TERRA’s Seattle office for being named “Branch of the Quarter” for Q1 2022. This award was presented to the team during TERRA’s Quarterly Business Development meeting, held virtually on Wednesday, April 27th. The award is based on sales… 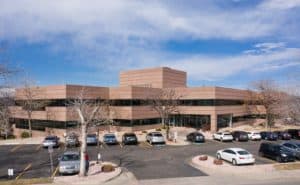 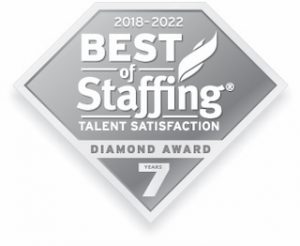 How to Communicate Better, Faster