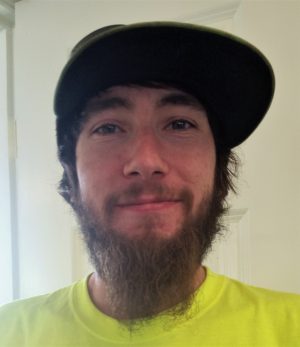 Vincent Martinez was preparing for a big life change.

After spending his whole life in Western Washington, and establishing a successful career there, he was planning to move to Idaho.

He’d developed a strong background in forklift operation and construction and was working as a warehouse lead for a local fulfillment company. Though it was hard leaving behind everything he knew and had worked for, he gave his employer notice. He was ready to make the trek East.

When, just like that, life happened. The move was cancelled.

Suddenly, Vincent was without a job and in need of quick employment.

A friend referred him to TERRA Staffing Group. Vincent had never worked through a staffing agency before – there were a few hesitations. Would it just be seasonal work? Could he earn a reliable income?

Despite his concerns, he decided to give it a try. He went to TERRA’s Everett office for an interview.

“Right away, I noticed his positive attitude. Vincent wanted to build a career and was eager to dive in and prove himself. He just needed a company to give him an opportunity.”

He shared with Jessica that he was looking for something that would keep him physically active. “I like construction-type environments, with heavy machinery and people motivated to get the job done,” said Vincent.

Jessica had just the job for him.

He was set up with an interview for a forklift operator position the very next day. The hiring manager was so impressed with him, he got offered the position on the spot!

He liked the work he was doing and that his responsibilities were growing. Unfortunately, the pay wasn’t increasing alongside the added duties. After a few months, Vincent returned to TERRA.

As luck would have it, Jessica had the perfect role.

“I had just received a call that same afternoon from a client,” Jessica said. “They needed ground maintenance support. Vincent was the perfect fit.”

The very next day, Vincent started his new job!  And we are thrilled to share that he is really happy in his new role.

“This job is exactly what I was looking for,” Vincent said. “I love being outside, and the environment and people here are great.”

But he isn’t the only one happy. Vincent has left quite an impression on his supervisors.

Jessica shared, “He has really owned his role. His supervisors are so happy with his strong work ethic and great attitude. They told me that when they are ready to hire more employees, they will want another Vincent!” Jessica said.

Here’s where his story gets even better. Not only was Vincent hired as a full-time, regular employee, he has also received a promotion!

We asked Vincent if he would recommend TERRA to someone looking for work.

He said, “TERRA has always been very good and quick whenever I’ve needed them. Last time I came in I got a job within minutes and started the next day. I’ve already referred my dad!”

Vincent had this advice for job seekers:

“Come into it with a good attitude. Be open to trying something new, even if it’s something you’ve never done before. It will become second nature. And hopefully you will enjoy what you’re doing!”

We are so happy we were able to help you find the right fit, Vincent! Thank you for trusting us with your job search and congratulations on the promotion!

We have offices in the Seattle-Puget Sound, Portland-Metro, and Phoenix-Metro areas. We’re waiting to speak with you! 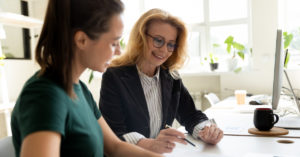