When hiring, many hiring managers look for successes. They’re often easier to spot in a candidate’s application materials than failures because candidates like to talk about what they’ve accomplished, not where they’ve struggled. Some hiring managers are so dedicated to the concept of “seeking success” that they write it into the job posting itself: “Seeking candidates with a demonstrated track record of success in….”

In fact, focusing on success alone may not yield the best possible candidates for the job. Asking candidates about when, where, how, and why they have failed may in fact do more in revealing the most promising new hires. Why?

How to Use Failure to Find Good Candidates

Obviously, hiring someone who has never succeeded at anything is unlikely to be the best choice for your organization. But one of the core competencies you should look for in a competent and skilled candidate is the ability to learn from mistakes – and to do that, you’ll need to ask about failures.

During the interview, ask candidates when they have failed in the past and what they learned from the experience. Listen to their answers with the following questions in mind:

At TERRA Staffing, our dedicated staffing experts can help you find the people who can help your company thrive even during an organizational failure. Contact us today to learn more about our recruiting services in Portland and Seattle!

Finding quality candidates to fill open positions has always been a challenge. According to data compiled from “The America Works Report: Quantifying the Nation's Workforce Crisis” by the U.S. Chamber of Commerce, there is a shortage of qualified workers on… 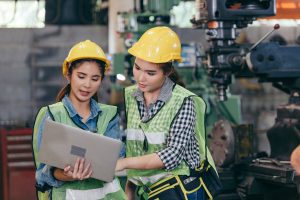 The past years have seen accelerated changes to American manufacturing, and human resources professionals have faced mounting challenges. The global pandemic revealed how important the manufacturing industry is to the safety and national security of global populations, and manufacturing demand… 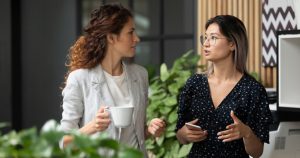