When multiple individuals work as a team, conflict is inevitable – but it doesn’t have to be negative.  When managed constructively, conflict can spur productivity, generate new ideas, and break through creative blocks.  When conflict is allowed to fester, however, it can greatly decrease employee morale and productivity.

Here are five strategies for managing conflict in the workplace:

TERRA Staffing’s experienced recruiters understand that to reduce the chances of conflict in the workplace, you should make sure the team you hire is a good fit for the company culture. To learn how we can find talent that will be a good fit in your organization, contact us today! Unscheduled absences are one of the biggest issues businesses, especially essential businesses, experience. They greatly affect a company’s ability to deliver their promised outcome and can lead to heavy costs.  Because of this, having a clear attendance policy that outlines… 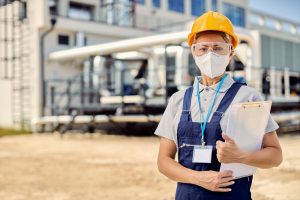 Success relies on our ability to believe we are capable of it. Confidence allows employees to learn and produce without fearing the consequences of failure. Everyone experiences insecurity when faced with work tasks, or workplace dynamics, they don’t understand. Confident… Benefits of employee development Creating a dynamic, flourishing workplace — even in the chaos of a global health crisis — demands creative thinking and fresh ideas about business. The onset of the COVID-19 pandemic, and the resulting shutdown, forced companies…