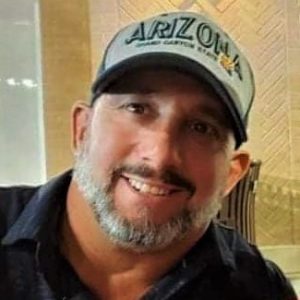 Aaron Earven was driving 35 miles both ways to his manufacturing job. Back when he first started the position, the commute was manageable and he thought the work experience was worth the long drive.

But then gas prices spiked. Suddenly, he was spending nearly $600 every month!

He wasn’t ready to give up, though. He voiced his concerns to his employer and patiently waited in the hopes that things would change. Unfortunately, nothing happened.

Fed up, Aaron started looking for warehouse work that was closer to home and even went on a few interviews. And it was during these interviews where he made a discovery. There were many things—beyond an ideal commute—that he wanted out of his next job.

For example, he realized he wanted to work in a clean warehouse.

Aaron said, “Not that I’m afraid to get dirty, but these warehouses were nasty-dirty. There were dirt docks, so you had to drive a forklift that was basically on a crooked dirt-mound. Which is a huge safety hazard.

Plus, I wasn’t spoken to by anyone other than the person interviewing me. They introduced me to someone on the team, who just said, ‘Hi’ and went back to work. It just wasn’t looking like something I was going to be happy in.”

After several disappointing interviews, he became even more determined to find a job and a work environment where he would feel comfortable.

That’s when he remembered that his friend had a great experience working with TERRA. So he thought, ‘Why not give this a try?’

He reached out to TERRA’s Mesa branch and connected with Ashley Virgilio, Mesa Staffing Specialist. They discussed what he was looking for in his next job, and his eagerness to “find a position to call home” immediately stood out to her.

Aaron was extremely cautious because of the less-than-ideal interviews he experienced. He was clear with Ashley that he wanted to see the facility and meet the people before saying “yes” to a job offer.

So when Ashley called him to tell him about a Warehouse Associate position that had just opened up right around the corner of his house, he requested a tour of the warehouse. Which the client was happy to accommodate.

To Aaron’s delight, this company had exactly what he was looking for in his next opportunity.

On this tour, they introduced me to someone that was in the middle of working. And they stopped what they were doing and talked to me for like five minutes. They also had music playing in the background and I could see their work ethic in action. I liked the people, and I liked the atmosphere.

The client was extremely impressed after meeting Aaron. They thought he had the right skills for the job and most importantly, he embraced the company’s family-feel.

His manager shared, “We talked about what he was looking for in a company as well as our company’s values. After meeting with him, I saw what we could offer each other. It seemed to be a perfect match.”

Two hours after the tour, Aaron received a job offer!

And he’s loving his new role.

It’s tremendous. I’m learning their system and I’m already overseeing my own orders in my first week.

People talk to me and they don’t treat me like I’m a number. And we had a huge cookout at the end of the work week. One of the guys cooked brats and chicken wings, and I made a pasta salad.

If you’re looking for a new job, here’s what Aaron recommends.

I would definitely say try TERRA! I looked at want ads and it’s hard to reach anyone. There’s nothing personal there, there’s no human being. With TERRA, you get that. They’re very knowledgeable, personable and professional.

Congratulations, Aaron! We’re so happy we could be part of your journey to find a great job with a culture fit you were hoping for.

Looking for a job with a great work environment? Try teaming up with TERRA!

In the Seattle-Puget Sound, Portland, Phoenix, Denver and Texas-Metro areas? Don’t hesitate to contact us to learn what employment opportunities might be available to you.