If asked to name the top centers of technology in the United States, most people would instantly name Silicon Valley. And they’d be right – the cities of San Francisco and San Jose are far and away the biggest attractors of investment capital, and San Jose is way ahead in the race to file the most patents. But tech doesn’t just happen in the shadow of the Golden Gate; there are centers of innovation all over the country. Some, like Silicon Valley, are pretty obvious. Others are less apparent.

Combined with Bureau of Labor and Statistics data about the concentration of tech jobs, an accurate picture of the most important regions for technological innovation can be formed.

Silicon Valley is a venture capital juggernaut, and with $3,585.68 and $3,485.31 venture capital funding per capita respectively, the cities of San Jose and San Francisco each haul in more than three-and-a-half times the third-highest attractor of investment dollars. That money is looking for innovation in the locations with the highest concentration of high-tech jobs (30 percent of jobs in the San Jose-Sunnyvale-Santa Clara metropolitan statistical area are in advanced industries) and the most tech patents per 1,000 residents during the time observed (27.39). This massive investment gives San Jose and San Francisco the ability to pay the nation’s highest wages for tech workers, $183,950 and $157,700 respectively per year in 2013.

Behind Silicon Valley, Seattle is the country’s other great capital of giant advanced technology companies. Aerospace conglomerate Boeing and e-commerce leader Amazon were both born in the Emerald City, while Microsoft is headquartered in nearby Redmond. At the south end of Puget Sound, the city of Bremerton is home to a massive military complex (consisting of Naval Base Kitsap and the Puget Sound Naval Shipyard) and the third-highest concentration of tech patents in the country.

While Seattle may be the Northwest’s leader, it’s far from its only contributor. To the south, Oregon has its “Silicon Forest” region of computer hardware producers around Portland. Intel, the world’s largest producer of semiconductors, has its largest facility in Hillsborough, employing 17,500 people.

Further along the Willamette Valley is the small city of Corvallis, OR. Although modest in population (around 55,000), the presence of Oregon State University and a Hewlett-Packard research facility contribute to a town that punches above its weight. Corvallis’ 12.28 Patents per 1,000 residents is the highest concentration outside Silicon Valley.

A surprising inclusion? Two suburbs to the north of Denver – Boulder and Fort Collins – can boast the first and second highest concentrations of tech startups in the country. Boulder attracts more venture capital than any other city not in northern California, averaging $963.75 per capita. It’s not all about the small potatoes startups, either: Boulder’s largest employers are IBM, Ball Aerospace, Level 3 Communications and Oracle – all major advanced technology companies.

Are you looking to hire tech talent? Since 1983, TERRA Staffing Group has been a leader in connecting skilled job seekers and top employers. Contact us today to discover how we can help your company meet its potential. 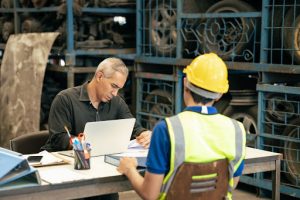 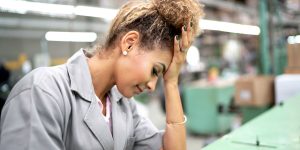