Everybody deserves a second chance. 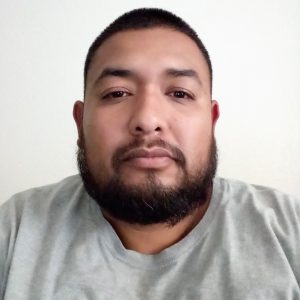 And Jose de la Rosa is making the most out of his.

Jose was born and raised in Arizona, and for two years he did warehouse work, loading and unloading trucks in the Phoenix-Metro area.

But then he made some life choices that took him out of the workforce for three years.

When he was free to look for work again, Jose was afraid his criminal background might limit him.

Then his sister told him about TERRA Staffing Group. She was actively working with them and they always kept her busy with assignments.

He was hopeful they would do the same for him.

Eager to get to work, he quickly called the Phoenix TERRA branch and set up an interview for the next day.

Jose went into his interview with a completely open mind. He was even willing to work temporary roles for minimum wage, because he knew that making some money was better than having no income. He just wanted to get his foot in the door somewhere and prove himself.

“I was looking for anything, something simple. I just needed a new start,” Jose said.

When he met with Recruiting Coordinator Jeniffer Toledo, he was up front about his past and expressed what he wanted for his future.

She was impressed by Jose’s honesty and flexibility.

Being that he was so open with her about his criminal background, she was able to work with him to find employment opportunities.

Jose started working temporary assignments immediately. He did this for three months, allowing him to showcase his work ethic.

“Jose always accepted whatever work was available. Eventually, this paid off!” Jeniffer said.

She had a client who needed a general labor worker. With his previous experience and recent dedication, she knew Jose was the man for the job.

He said yes to the role, determined to prove himself.

Initially, this was meant to be a two-day packaging assignment. We’re excited to say that Jose has now been there over 6 months!

He enjoys the work so much he sometimes works 60-70 hours each week – by choice!

“Learning new things every day and gaining work experience are important to me. I don’t plan on leaving this company. I plan on growing here,” Jose said.

The feeling is mutual. His floor manager said, “We’re glad Jose’s here. He’s a very hardworking individual and someone who deserves a second chance. He brings out the good in this place.”

We asked what advice Jose had for someone looking for work. He said:

“Go out there and find something you’re interested in. Don’t stay with something that doesn’t excite you. When you do find your happy place, make sure you give it all you got!”

Congratulations, Jose! We’re so glad we could help you get the second chance you were looking for. You have a promising future ahead, and we wish you continued success!

Are you looking for new employment opportunities?

Check out our current job openings.Don’t see what you’re looking for? Call us.