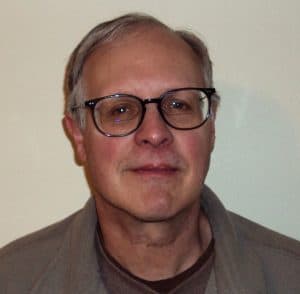 Keith Cappucci takes pride in his work ethic and his positive attitude.

He was born and raised in upstate New York and enjoyed working for the same company for seventeen years.

Keith grew his skill set and gained valuable experience while working in the cotton bleaching industry. He held positions from machine operator to shift lead and quality assurance technician.

But on a visit to Washington where his brother had recently moved, Keith met a woman and fell in love.

After some time and maintaining a bi-coastal relationship, he decided to make the move to Washington. And Keith got engaged!

Excited about his new life on the West Coast, he decided to start looking for work.

Luckily, his fiancé had worked with TERRA Staffing Group before and recommended he contact them. He found that their Kirkland office was nearby and called to schedule an interview.

Keith went in looking for a manufacturing position or a similar role he had experience in. He met with Kirkland Recruiter Jesse Jarvis who was filling an industrial position at a local hardware manufacturer.

Jesse’s client needed someone in a temporary warehouse role quickly. They had a temp-to-hire opportunity as well, but that role required advanced computer skills.

Unfortunately, Keith didn’t know enough about computers for the long-term role. But Jesse still thought he would be a great fit for the temp position.

“Keith immediately stood out as an awesome candidate because of his honesty and approach. His skill set, positive attitude and eagerness made him an obvious candidate for this role,” Jesse said.

He presented Keith with the temporary job and he happily accepted.

Keith hit the ground running in his new position. His coworkers and supervisor noticed his hard work and dedication right away. So, they made the decision to train him on the computer skills needed for the temp-to-hire role!

Everyone really enjoys having Keith on their team. His supervisor shared, “Keith’s positive attitude and work ethic made him a clear choice for the position, despite what skills he may be lacking.”

And we have some exciting news to share! They converted Keith early to a regular, full-time employee!

He likes that his new role is close to home, has great hours and is in a friendly, clean environment.

We asked Keith what advice he has for people searching for new employment, he said:

“It’s all about the attitude of your approach. Be real and open in your communication and don’t oversell yourself. Even if you don’t have all the required skills, employers are most likely willing to work with a positive attitude.”

That’s great advice, Keith! Congratulations on all you’ve accomplished and we wish you continued success!

If you want to take your skill set and positive attitude to the next level, we can help.

TERRA can connect you to many employers currently hiring in your area.

Starting with us is simple. Check out our current job openings here.