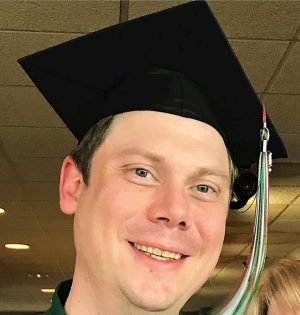 If you have the determination to succeed, it’s never too late to go after what you want.

Mike Liebel was a veteran poker dealer in the hospitality industry. One day, he decided he’d had enough. Low wages, inconsistent hours, no benefits – the list goes on.

So, at the age of 29, he decided to go back to school to pursue a degree in mechanical engineering.

“It may have been considered non-traditional to attend school later in life, but that didn’t stop me,” said Mike.

After four years of hard work and determination, Mike completed his engineering degree, with an emphasis on mechanical engineering.

Now it was time to put his education to work.

Mike took to the internet in search of a local staffing agency that specialized in engineering placements. That’s when he found TERRA.

He saw an ad online for a temporary engineering assistant. Though the role wasn’t specifically in mechanical engineering, Mike had an open mind. He was just eager and excited for an engineering opportunity. He was ready to start building his experience.

So, he decided to apply.

Technical South Division Manager Tabitha Delaire was excited to connect with Mike after seeing his resume.

Tabitha said, “Mike was an ambitious college grad with a friendly disposition, who was eager to put his degree in mechanical engineering to use. He really wanted to get more engineering experience under his belt and was willing to explore multiple opportunities.”

Due to his flexibility and desire to learn and grow, Tabitha thought he would be a great fit for the engineering support role. And even though it was a temporary assignment, Mike was eager to jump in and take on some engineering and design work.

He happily accepted the role and dove right in, determined to succeed.

And we are so thrilled to say that all of Mike’s determination, effort and hard work paid off. After just three weeks, Mike received a full-time offer as a Structural Project Engineer!

His supervisor said, “Mike has a strong analytical aptitude, good attention to detail and excellent communication skills. He is a team player, punctual, and reliable.”

Mike is happy in his new role. He enjoys working in an engineering atmosphere and likes that his new job challenges him daily, but isn’t too difficult.

Mike wanted to make sure he thanked Tabitha for all of her efforts. He said, “Tabitha is great! She constantly checked-in with me, making sure that I was happy and everything was going smoothly. I felt like she really cared about me and my success.”

If you are struggling to find employment, Mike had this advice:

“Keep trying. I filled out hundreds of applications to find the right opportunity. Set a goal, keep working at it and don’t stop until you achieve it. I never thought I’d be an engineer and I AM one now.”

Congratulations, Mike! We are so glad your hard work and determination paid off, and we’re so pleased we could play a part in your story. We wish you continued success.

Do you have the determination to succeed? If you are ready to go after the career of your dreams, contact your local TERRA office.

Check out our current job openings.Don’t see what you’re looking for? Call us. New jobs become available daily and the sooner we know of your interests, the sooner we can work with you to find the right fit. 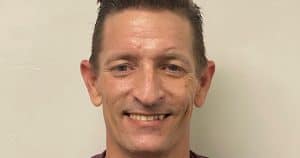