Since before the Industrial Revolution, manufacturing has steadily evolved as new technologies develop. The first automatic flour mill was built in 1785, and since then, the production of goods has become a significant part of the American economy. US manufacturing growth has been a priority for working Americans, politicians, employers, and the global economy.

How Manufacturing Has Evolved to Present Day

A common first thought about manufacturing is an assembly line: parts and products moving down a conveyor belt that rely on human labor for production. The Bureau of Labor Statistics reveals the diversity of manufacturing, spanning sub-sectors such as:

The Industrial Revolution brought coal power and machine production in 1820, the possibilities of parts and mechanization creation has been limitless. The American system of manufacturing became common throughout the 1850s. The first car came off the assembly line in 1908. Lean manufacturing concepts, including automation, debuted in the 1930s.

In the 1950s, numeric and scientific computer programs developed. The first industrial robots entered manufacturing plants in the 1970s. In 1979, the American manufacturing employment rate reached its peak.

Since manufacturing reached its employment peak in 1979, manufacturing processes have become more efficient. Systems like Six Sigma improve quality and minimize errors, while Computer-Integrated Manufacturing (CIM), robotics technology, and automation has developed rapidly. 3D printing, which first originated in the 1980s, is now widely used for a variety of products, including artwork.

As technology’s role in manufacturing has increased, human employment has drastically decreased, particularly between 2000 and 2010, FRED Economic Data shows. However, since then, manufacturing employment in the U.S. has risen, showing a promising potential for the future of manufacturing jobs in America. 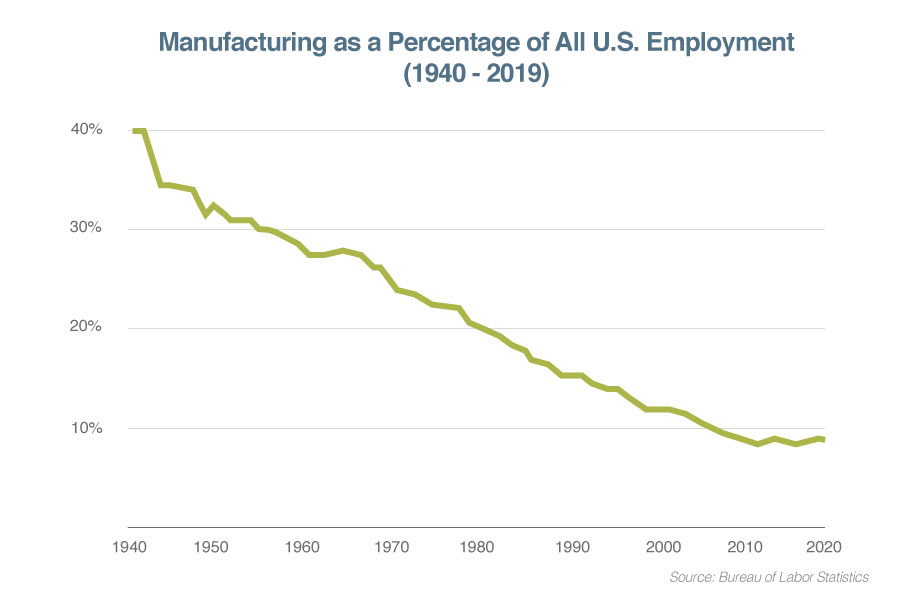 To take advantage of the market, today’s workers must adjust to disruptive technologies in the manufacturing space. Tools like advanced robotics, Big Data and the Internet of Things, as well as processes including additive manufacturing and 3D printing, are shaping today’s manufacturers.

Workers with the skill to work with these technologies will contribute to the advancement of American manufacturing. In 2018, over one year, the U.S. manufacturing industry added 327,000 jobs, which CNBC reports is the most of any 12-month period since 1995.

Download our eBook: Everything You Need to Know About Manufacturing Staffing

The State of American Manufacturing in 2019

The Brookings Institution report declared manufacturing in the United States was having a resurgence, due to factors like:

The report includes an analysis of data on 20 indicators, scoring 19 leading nations from North America, South America, Europe and Asia. The United States was the third top-ranked nation in overall manufacturing environment, only one point behind both the United Kingdom and Switzerland. The report found these three nations performed well due to workforce investments, policies, considerations and infrastructure.

In 2018, the gross domestic product (GDP) from manufacturing was $2.33 trillion, driving 11.6% of U.S. economic output. Manufactured goods make up half of American exports.

Workers with degrees, certifications and higher skill levels are more likely to be sought out in manufacturing, for positions such as software developers, computer programmers and engineers.

Reasons for a Decline in Manufacturing

To make strides in the manufacturing industry, it’s important to acknowledge reasons behind its overall declining workforce in the U.S. since the 1980s. According to the 2018 report “The transformation of manufacturing and the decline of U.S. employment,” the following reasons have contributed to a decline.

According to the 2018 Deloitte and the Manufacturing Institute skills gap and future of work study, a shift to a service-based economy, including financial and banking services, as well as an increased demand in the healthcare sector are also contributing to manufacturing’s decline. The Deloitte report also mentions the high standard of living in the U.S. that still currently make labor costs much greater compared to other countries.

Also, Deloitte reports 89% of executives agreed there was a talent shortage in the American manufacturing industry. This is 5% higher compared to 2015 results. Between 2018 and 2028, the skills gap could leave 2.4 million jobs unfilled, which would cost the industry $454 billion in 2028.

Despite these factors, the outlook for manufacturing is looking bright. The Manufacturers Alliance for Productivity and Innovation Foundation predicts a 3.9% growth in production for 2019, then 2.4% in 2020 and 1.9% in 2021. Manufacturing is forecast to increase faster than the general economy, due to more exports and increased capital growth.

Download Our eBook: Everything You Need to Know About Manufacturing Staffing

The insights shared in this eBook highlight the unique staffing challenges faced by the manufacturing sector, with actionable strategies and solutions.

Other factors that are spurring growth in manufacturing include:

The manufacturing growth seen recently can continue as the industry adapts to attract, hire and retain highly skilled workers.

What Manufacturing Needs to Thrive in the Future

According to the Brookings Institution, government buy-in is essential to propel manufacturing growth. Open trade policies and access to global markets are key. Tariff wars or overly restricted trade policies must be avoided, as nearly half of manufactured goods made in the United States were exported to countries in which the U.S. has free trade agreements.

Other recommendations the Brookings Institution makes to improve the manufacturing environment include:

Manufacturers can start talking to students early about the potential their businesses offer, at places like career fairs and in classrooms. The new world of manufacturing, according to “Manufacturing Tomorrow,” requires skills like:

Today’s manufacturing employees work in tandem with robots and computer-integrated manufacturing systems. Manufacturing workers need a diverse array of industry-specific and soft skills to thrive. These should be communicated early on to young students to inspire the next generation of manufacturing professionals.

Get Help Staffing Your Manufacturing Business

After a challenging 2020 full of unexpected disruptions and adaptations, employers and their employees feel a bit shell-shocked. Anxiety and uncertainty about the global pandemic lingers, but employers are innovating to build stronger teams and strengthen bonds between employees. Team… 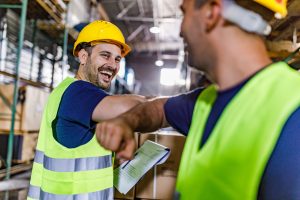 Employers and employees entered the 2020’s with high hopes, but met some staggering challenges. The global pandemic disrupted many people in both their personal and professional lives. Fortunately, Human Resources professionals and business leaders are thinking outside of the box… 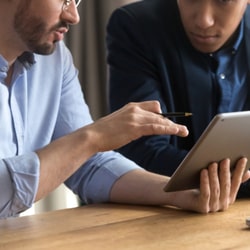 Performance management is an extremely important process during which managers monitor and evaluate an employee’s work performance and overall contribution to their company.  It has always been a delicate process for companies to navigate. And after the whirlwind that was… 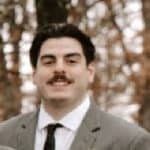 TERRA Found Me a Job That Improved My Quality of Life

Kale Carson and his wife moved to Washington from Oklahoma due to her job in the military. While his wife already had a job, Kale still needed to find employment. Because of Kale’s customer service background, he quickly got a position as a bank clerk. However, he soon realized it wasn’t a good fit. He … Continue Reading →

New Hire Safety Orientations – Beyond the First Week of Employment