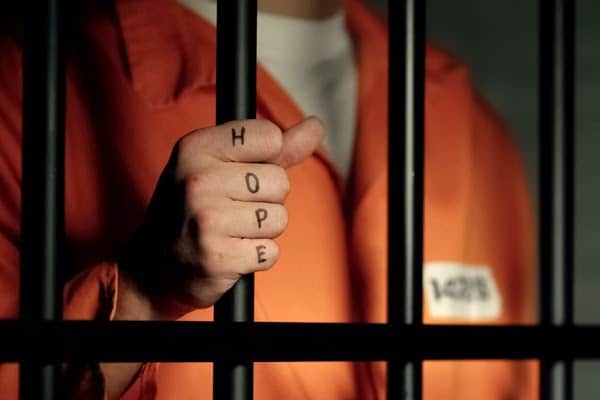 The benefits of diversity and inclusion in the workplace are clear. Recent research has shown diverse businesses are more likely to achieve higher profits, attract top candidates, improve employee satisfaction and fuel innovation.

Gender and race are two common areas manufacturing companies look to when increasing diversity and inclusion at their businesses. But one overlooked group that can also benefit manufacturers is individuals with criminal backgrounds. Here’s why you should consider them.

While there may be a stigma surrounding people with criminal histories, released prisoners bring a unique set of skills and characteristics to the workplace. Manufacturers who hire individuals with conviction records can also contribute to decreasing recidivism, which lowers taxpayer burdens.

What is fair chance hiring?

Fair chance hiring is a policy aimed toward eliminating discrimination against released prisoners who are applying for jobs. Individual states and cities have passed their own fair chance ordinances, such as Colorado’s “Chance to Compete Act,” Portland’s “Removing Barriers to Employment,” Seattle’s “Fair Chance Employment Ordinance” and Los Angeles’ “Fair Chance Initiative for Hiring Ordinance.” The Fair Chance to Compete for Jobs Act of 2019 applies to federal employers, including federal agencies and federal civilian and defense contractors.

Fair chance hiring encourages employers to look at each criminal background through a unique lens. Before deciding not to hire someone because of a criminal background, employers should consider the offense, time since the conviction and/or release, and the job the candidate is seeking. Watch our Webinar: How to Build a Culture of Diversity & Inclusion: 5 Focus Areas to Build an Inclusive Culture

In order to create inclusive workspaces, it takes building a culture of learning, feedback, and accountability, which is often missing at the highest levels or organizations. View our webinar, “How to Build a Culture of Diversity & Inlcusion: 5 Focus Areas to Build an Inclusive Culture” for insights.

Drug testing in the midst of legalization

Another consideration related to employing people with criminal histories is drug testing. For parolees, drug testing is usually already done by a probation officer, outside of employment.

Administering drug tests before or even during the hiring process could have negative implications for inclusion of those with a criminal history, especially in the midst of legalization. Each state has different laws regarding medical and recreational marijuana. At the beginning of 2020, 11 states had legal recreational marijuana use, and 33 states had legal medical marijuana use. Marijuana can be detected in someone’s urine within one to 30 days of consumption, which further complicates drug test results.

Even in states where marijuana is legal to some extent, employers may still decide to use drug tests and not hire those who fail them. This can put people with criminal histories at a disadvantage.

In a manufacturing environment where safety is so important, drug testing may make sense for your company since employees are working in hazardous environments. But consider the necessity of drug tests before implementing them. There might be alternative options, like not setting punishments for marijuana use, or only giving drug tests after reasonable suspicion of drug use.

Hiring employees with criminal backgrounds may not always seem like an obvious choice, but there are plenty of benefits to doing so.

1. Everyone deserves a fresh start.

It’s likely that you or someone you know has been in or knows someone who has been in jail or prison. As noted above, nearly one-third of the American population has a criminal record that would show up on a background check. That’s a significant portion of the population to consider not hiring.

People with criminal histories don’t get the same employment opportunities the general population does. When you hire someone with a criminal background, that person may put forth extra effort on the job because they’re grateful for the opportunity.

We’ve helped many people with criminal histories find employment. Here are a few stories of their resilience and dedication:

2. There may be financial benefits and incentives.

Companies that hire people with criminal backgrounds may be eligible for financial benefits and incentives. One is the Work Opportunity Tax Credit. This tax credit is available to employers who hire individuals from certain targeted groups that face employment barriers, including ex-felons.

The Federal Bonding Program provides fidelity bonding for the first 6 months of employment for hard-to-place job applicants, such as those with a criminal history. The no-cost program provides employers with $5,000 worth of protection against losses.

3. You promote diversity and inclusion at your business.

Hiring those with criminal histories can expand the cultural diversity at your business. A 2018 report by McKinsey & Company found ethnic and cultural diversity is correlated with improved financial performance. Diversity hiring means you’ll add new experiences and perspectives to your workforce, which can strengthen teams and productivity. You can also promote inclusion at your business by hiring individuals with disabilities.

Expanding employment practices to include individuals with criminal histories can benefit your manufacturing business. It promotes inclusion and can make your workplace culture more positive. It may even boost your business reputation with customers, increasing sales. The productivity, drive and effort these individuals bring to work can transform your organization.

According to an IndustryWeek report on diversity and inclusion in manufacturers, partnering with a staffing company is a viable solution to improve inclusive hiring practices. Staffing solutions like the ones TERRA Staffing Group provides can help you attract and hire diverse candidates.

Find one our branches today to let us know how we can help. 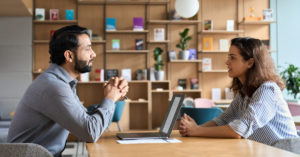